Is Mould in the Bathroom Dangerous? 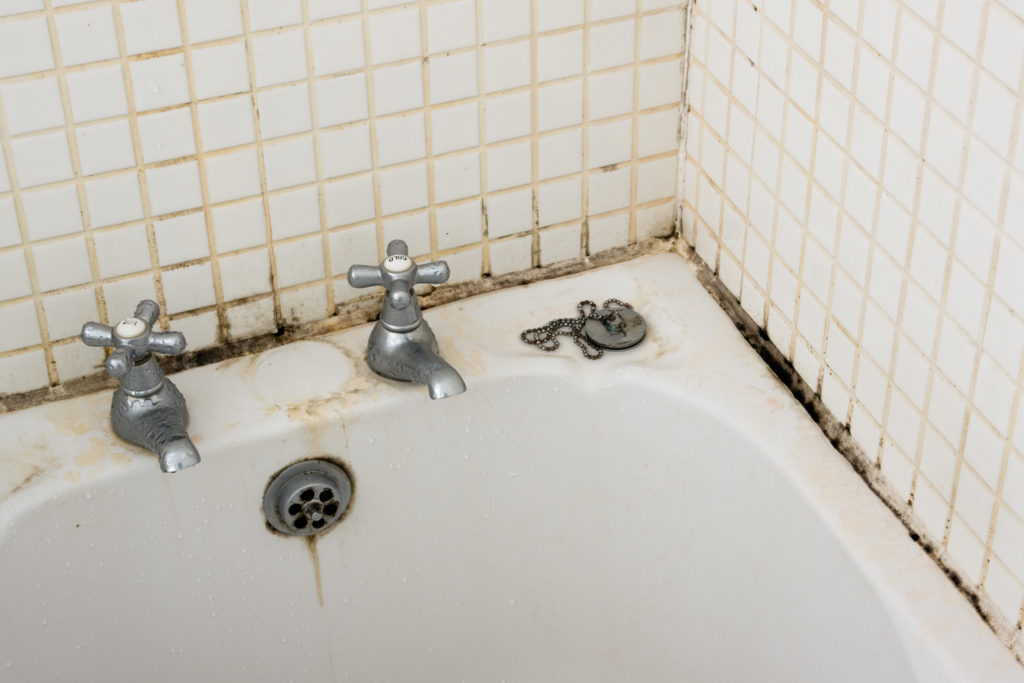 Anyone who’s ever cleaned a bathroom will know how annoying black mould can be. It seems to be able to build up in the grouting between wall tiles no matter how well you stay on top of your bathroom cleaning duties, making it seem like there’s no point in cleaning in the first place.
Outside of how unsightly and difficult to keep at bay black mould is – should you be concerned if it rears its head in your bathroom? Is black mould in the bathroom dangerous or is it something you can ignore?

What is black mould?

Mould is a natural organism which you’d normally expect to find in the outdoors. It’s a type of fungi that typically grows on top of organic matter, usually when its decomposing or decaying. The fluffy green covering that old fruit or leftovers you forgot about pick up over time is mould, as are wild mushrooms.
There are thousands of types of mould, but the most commonly seen variety in the bathroom is black mould, or toxic black mold as it’s known in the USA. Known scientifically as Stachybotrys Atra, black mould is the type you’ll usually find growing on bathroom walls or on the grouting between tiles.
It’s normally black or dark green with a wet and slimy top layer, and it thrives in warm high moisture environments just like your bathroom.
Stachybotrys Atra is not a particularly quick growing mould, usually requiring a week or more of consistently wet conditions before it can begin to take hold. However, once it is growing, it’s a strong mould that is difficult to get rid of.

Black mould produces mycotoxins, which are toxic compounds produced by active mould colonies, that can enter the air in a bathroom and cause issues when ingested or inhaled.
Just as there are different varieties of mould, there are many different types of mycotoxin. Black mould produces trichotecene mycotoxins which are known as some of the most toxic and hardy kinds. They can take up to several years to be broken down naturally and can’t easily be removed from homes once they’ve been dispersed.
Although it’s naturally occurring and an essential part of the ecosystem, black mould can cause symptoms through its trichotecene mycotoxin production including breathing difficulties, sneezing, nose irritation, kidney and bladder issues, memory loss, tiredness, nausea, and itchiness.
Although minor mould isn’t likely to cause you any distress, the longer it is left, the more damaging it can become.
This is why it’s important to inspect and thoroughly treat any mould you have in your bathroom. You might not always be able to see the mould, but other physical indications that it’s there include musty odours, warped walls, and peeling paint.
There are a couple of popular methods for removing black mould, including using bleach, baking soda, or vinegar. No matter which method you use or how small the mould infestation, be sure to properly ventilate the room while you work, wear protective gloves, and use a face mask to avoid breathing in spores. 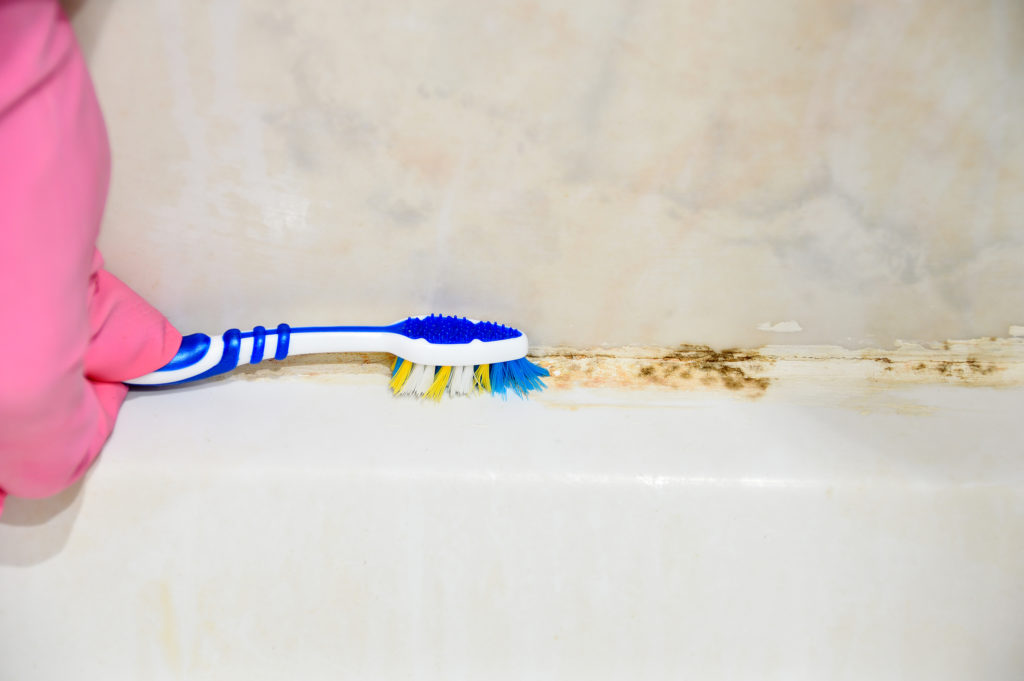 How to avoid black mould

Prevention is the best cure as they say, so to make sure that you don’t end up with a mould problem by taking action before it appears.
If you have tiles with grouting, it’s likely that black mould will be a problem at some point in the future. The best way of avoiding it is to have seamless bathroom cladding installed instead of wall tiles.
Bathroom wall panels are 100% waterproof, easy to install, available in a range of styles to suit any bathroom, and don’t require grouting. This means that you’ll completely bypass the dangers of black mould and simplify your bathroom maintenance.
Stay protected against household mould by choosing to get bathroom wall panels. Browse our range today or call us on 01827 714 255 for more information.